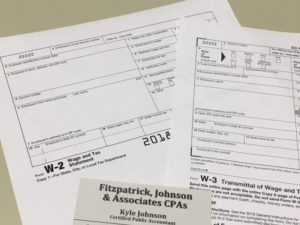 For Oregon minimum wage, it is broken into three areas, standard, Portland Metro, and nonurban counties.  There are a few resources to determine which area you are in.  All of Yamhill County is considered to be in the standard area.

The chart below lists the prescribed wages for the specific periods and regions:

Different counties in Oregon with their corresponding classification for minimum wage. (Image from Oregon Bureau of Labor and Industries)

In a pay period when the employee works more than 50% of their time outside of the employer’s region, then applicable pay rate is determined on a pay period by pay period basis per OAR 839-020-0011(2)(b).  For example, if an employee generally works out of the McMinnville office, but then spends 75% of their time during the pay period in Portland on a project, they can be paid one of two ways.  First, all hours can be paid at the Portland Metro rate.  The second option would be to pay a mixed rate.  The employee would get the standard rate for the McMinnville hours, but then get the Portland Metro rate for the Portland time.

It is important to seek guidance prior to running into these situations and to know what rates to be paying ahead of time.  It is also important to make sure your employees have a clear understanding to eliminate surprises on their paychecks.

In addition to the Oregon Minimum Wage increase, also effective July 1, 2018 is the 0.1% Transit Tax.  Our latest blog post, New Oregon Transit Tax, covers all of the basics of this new tax.  Overall there are lots of changes rolling out regarding payroll and payroll taxes for the state of Oregon.  Be sure to reach out today should you have any questions regarding the increase in minimum wage, our team at Fitzpatrick, Johnson & Associates CPAs can help you.

Fitzpatrick, Johnson & Associates CPAs is a full-service accounting firm with a team of Certified Public Accountants providing tax, financial statement, and bookkeeping services.  We are based in McMinnville, Oregon in the heart of Oregon’s wine country, the Willamette Valley.